The new RZR XP® Turbo S has been completely re-engineered to be stronger and tougher in every respect. The vehicle’s monstrous 32" tires and massive 72" stance have been integrated into a brand new, stronger chassis that delivers ruthless performance that can’t be stopped.

Not just more suspension, it's wicked smart too. RZR XP Turbo S combines 25" of Travel, the most in the industry, with our exclusive DYNAMIX Active Suspension to achieve unstoppable savagery as the beast eats. Gravity has finally met its match.

NASTY OUTSIDE. NICE INSIDE.
ALL NEW DESIGN, INSIDE & OUT

Inside the dark heart of the beast, surrounded by menacing new looks, the entire cockpit has been re-engineered - instinctive in nature, intuitive in control, and purposeful in detail. 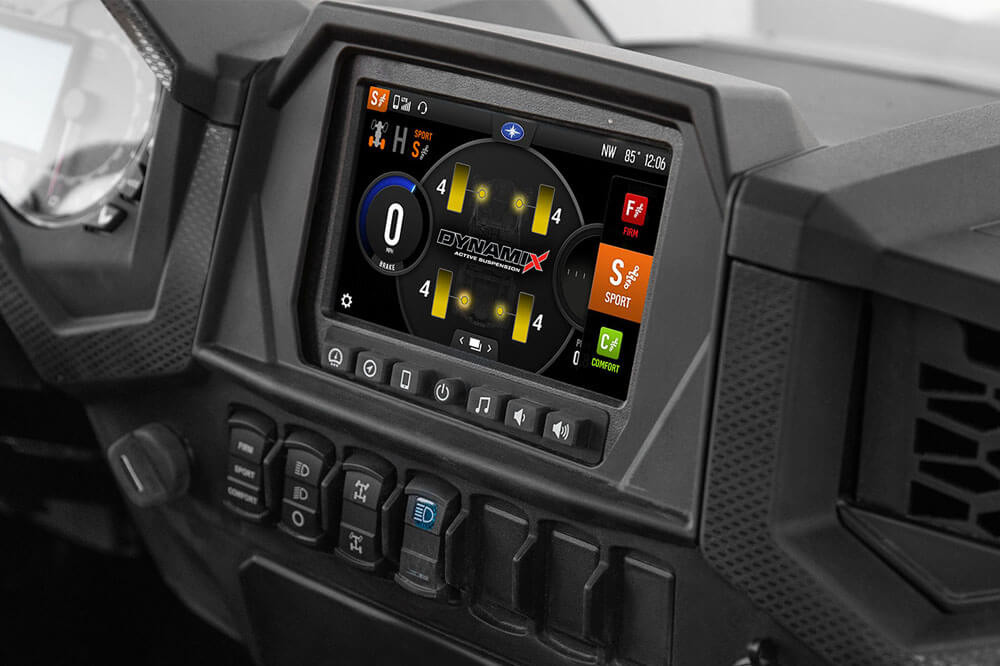 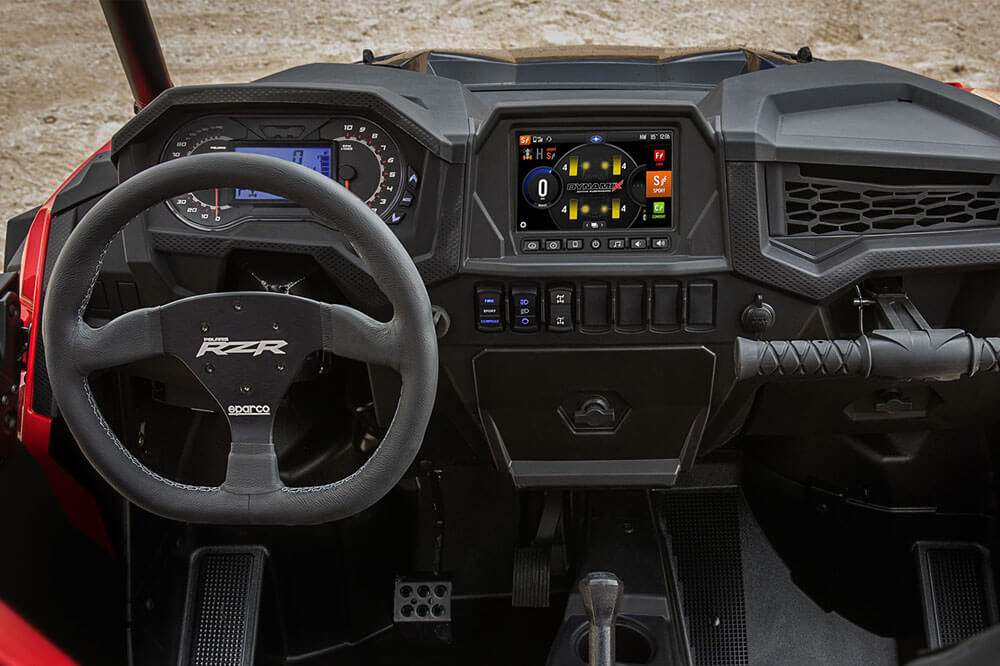 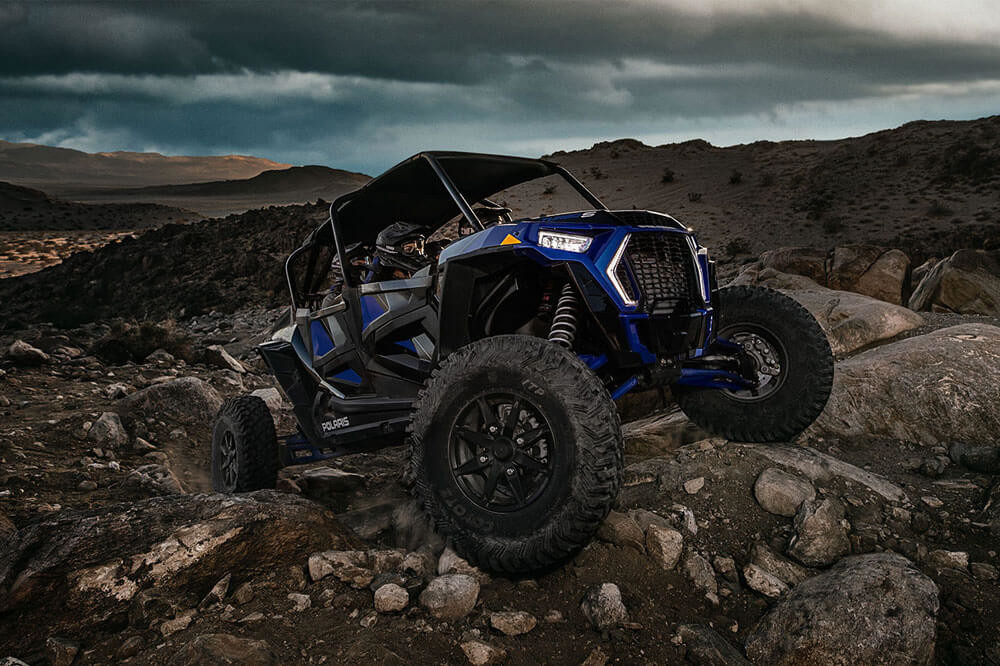 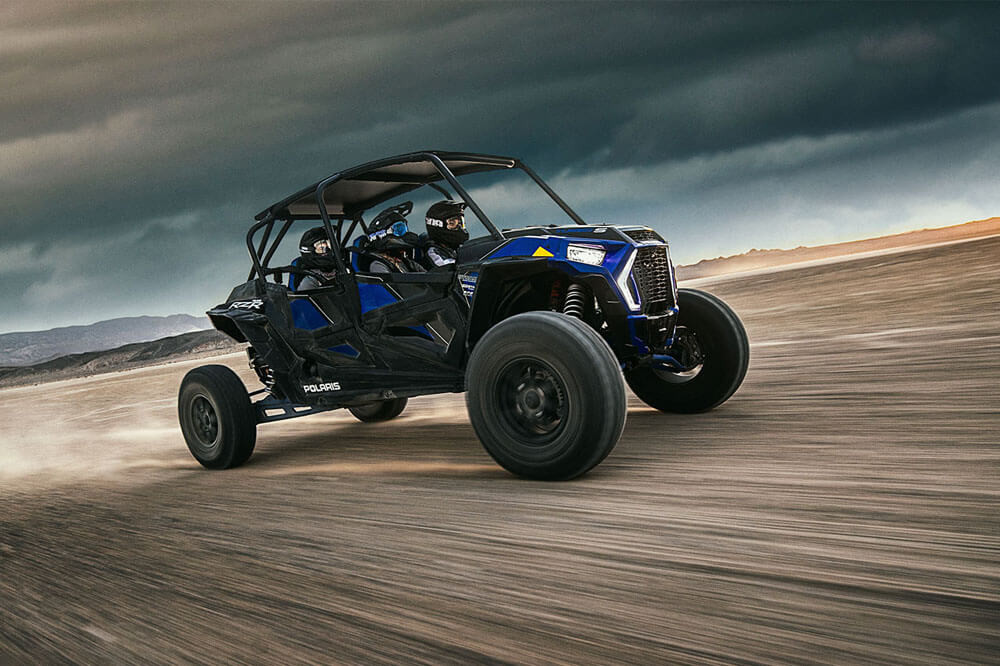 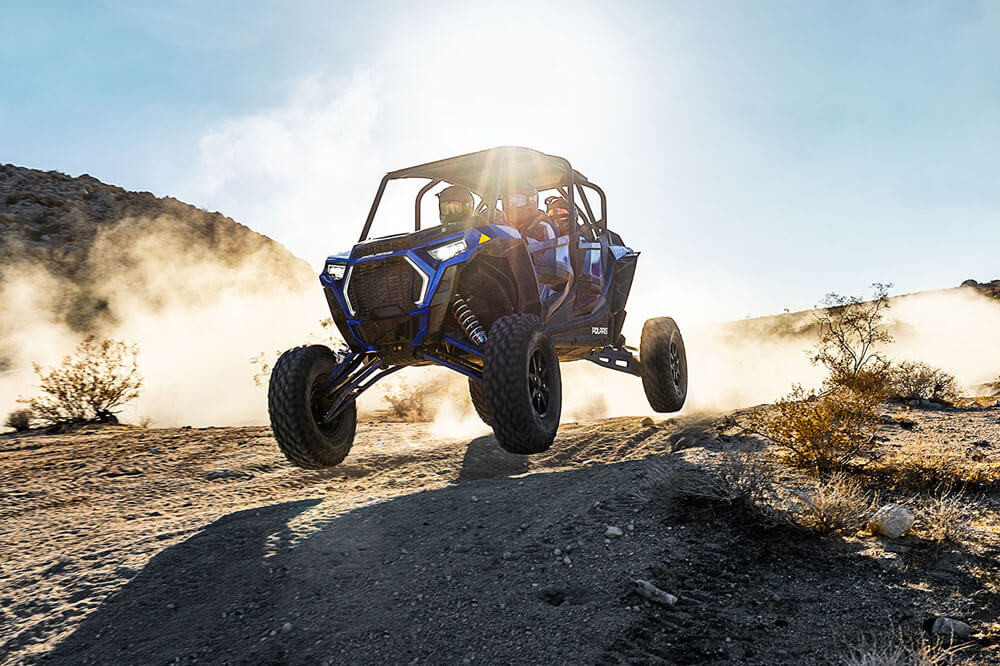 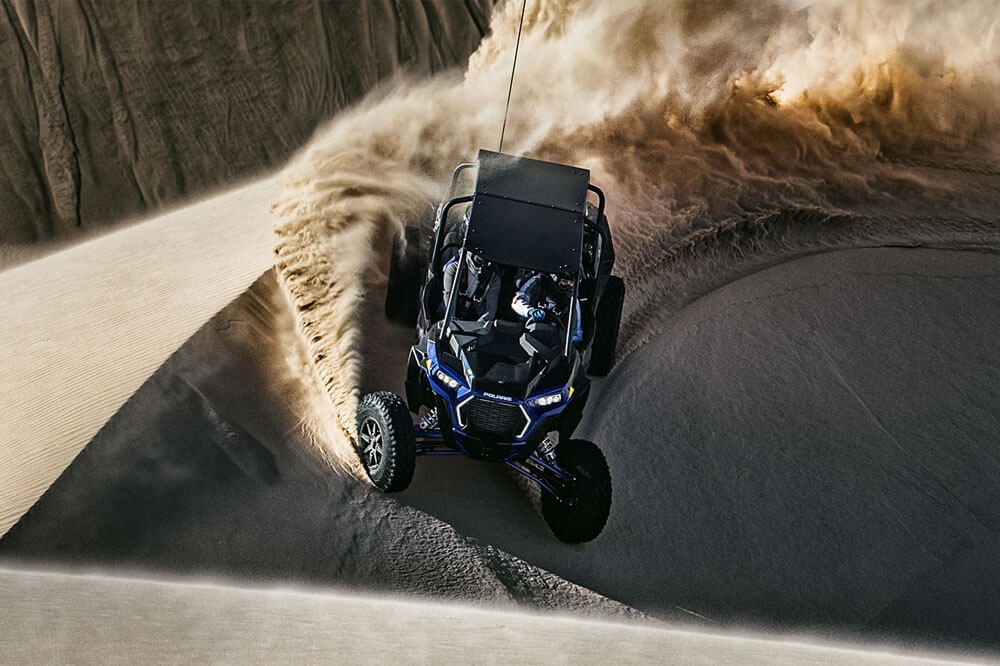 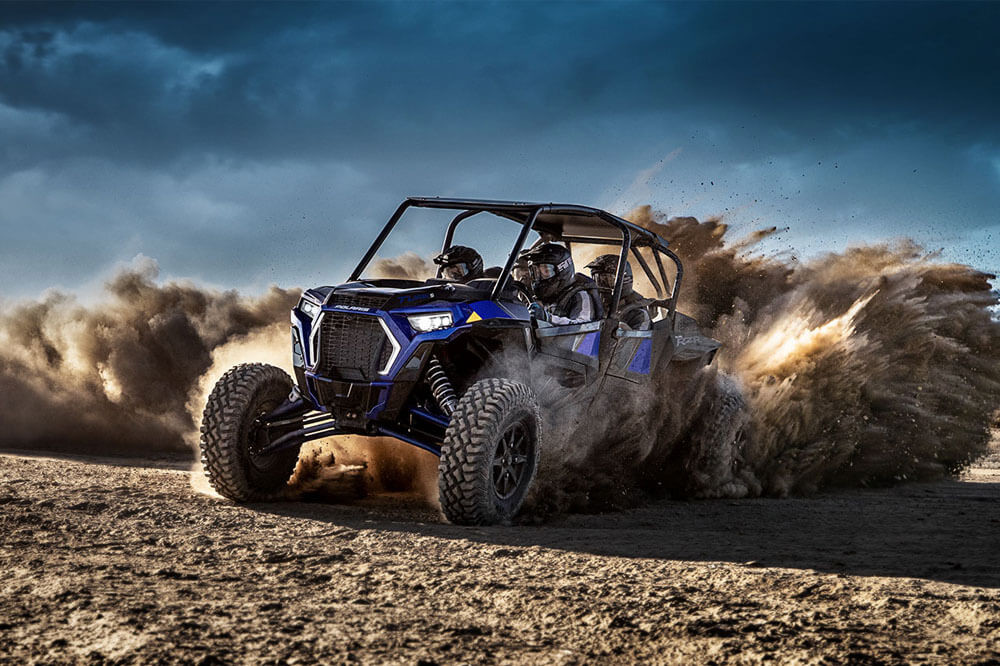